The Burleson Department held its annual awards banquet on February 20, 2018 at the Villagio Resort, honoring BPD staff for their outstanding service in 2017. Honors were given for Officer, Civilian, Supervisor, and Rookie of the Year, as well as the Ofelia Blair Award recognizing outstanding character. In addition, staff received Service Awards, Meritorious Conduct, Police Commendations, and two officers were recognized for Medal of Valor.

Thank you to the Burleson Police Foundation and our sponsors for making the banquet a great success! Pictures courtesy of Collin Gregory. 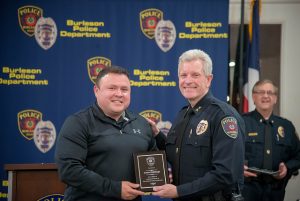 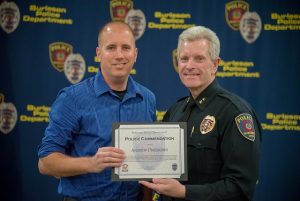 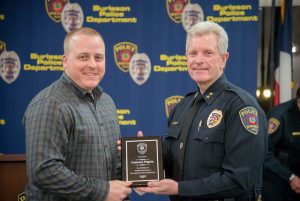 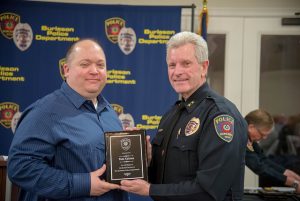 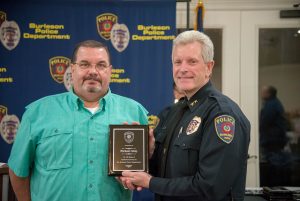 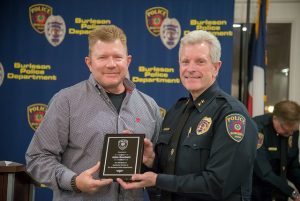 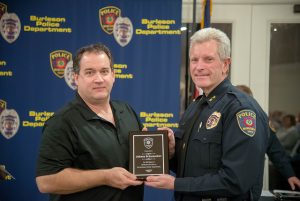 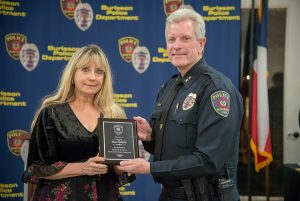 Receiving the Meritorious Conduct Award recognizing outstanding contributions to the department that have long-term impact on our operations were Sergeant Shelly Henken, Officer John-Mark Dicke, and Alex Schneider. 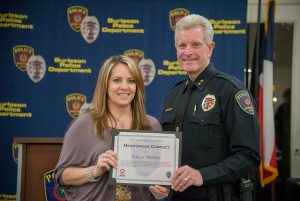 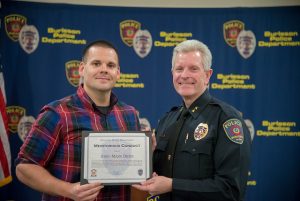 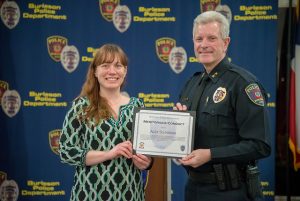 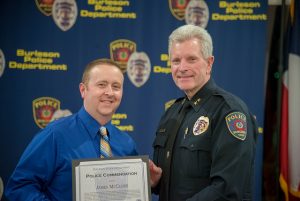 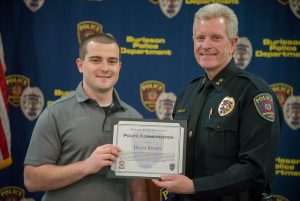 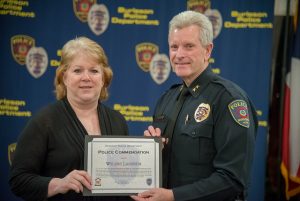 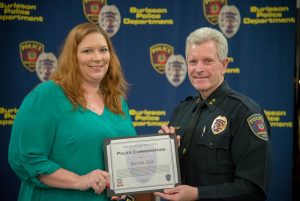 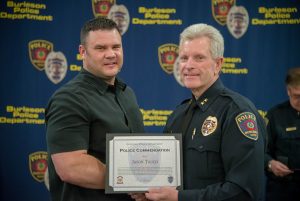 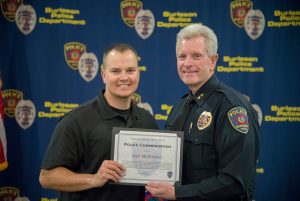 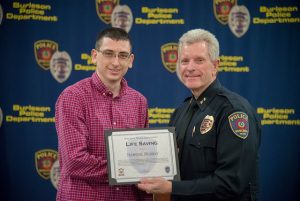 Receiving the Medal of Valor were Officers Jonathan White and James McClure. 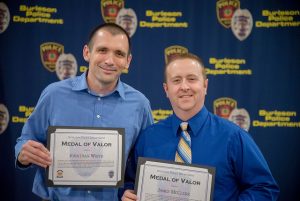 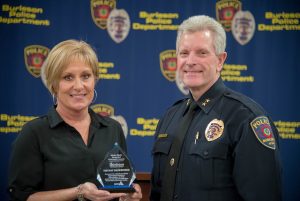 Receiving the Rookie of the Year honor was Officer Harold Chou. 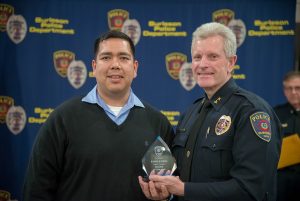 The 2017 Civilian of the Year was Alex Schneider. 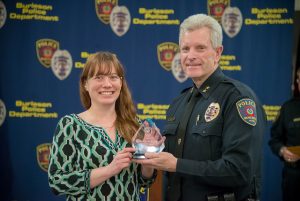 The 2017 Officer of the Year was Detective Shayne Morrison. 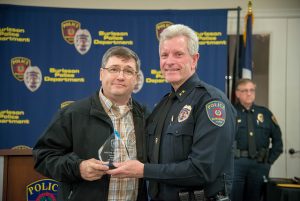 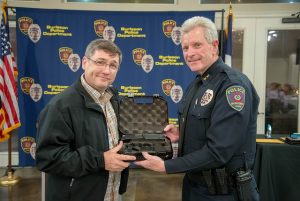