The Burleson Police Foundation honored several BPD staff members at the monthly meeting for exemplary service. They were presented with a “Beyond Service” challenge coin. We appreciate all they do in serving this community. 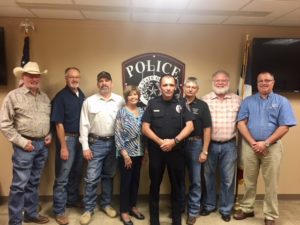 Officer Jonathan White was presented a coin for assisting a stranded motorist who had run out of gas. He retrieved a gas can and even paid for the gas to get her back on the road! 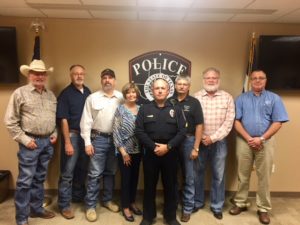 Sergeant Don Adams was called upon to develop training and practical exercises this summer involving BISD and JISD schools. His training included multiple agencies, teachers and admin staff, as well as a majority of BPD. Officers received six hours of classroom training and then executed four training scenarios within the schools. 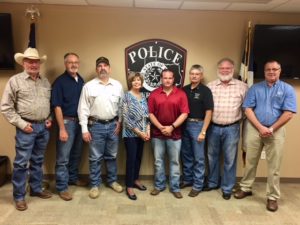 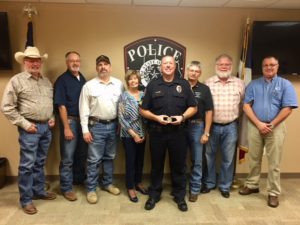 Sergeant Brian O’Heren and Officer Jay Davis (not pictured) received coins for capturing a bank robber! When a local bank pushed the panic alarm, Sergeant O’Heren was first to arrive on the scene and obtained suspect and vehicle information. He quickly located the vehicle and initiated a pursuit when the suspect failed to yield. Officer Davis backed up Sergeant O’Heren and they were able to take the suspect into custody without incident. Great job! 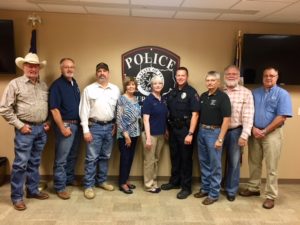 Lead Public Safety Communications Specialist Sabrina Rivera and Officer Brian Weerstra received coins for their relentless assistance in locating a delusional male that was making threats toward a female. The male was calling from another city and through their investigation, they were able to locate him and provide that jurisdiction with enough information for them to take him into custody for a mental detention warrant.