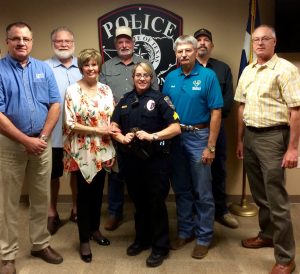 When an elderly citizen was injured as the result of a robbery, Sergeant Shelly Henken wanted to help. She contacted a relative of the victim to inquire how she was doing and to offer any support should could. She learned that the Crowley citizen had approximately six acres of property that she mowed and the relative was concerned of how they would maintain the property. Sergeant Henken, along with her husband, and a Burleson Police Explorer loaded her personal tractor and mowed the property for our victim! She has since mowed the property a second time and maintains contact with the relative to check up on our victim. Sergeant Henken’s compassion was very deserving of the Foundation’s Beyond Service recognition. 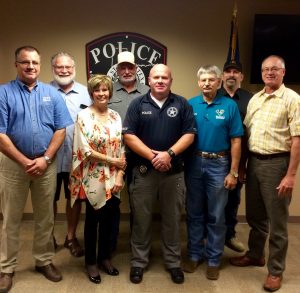 Approximately three years ago a woman’s heartbreak in the loss of her father was compounded by the theft of his beloved dirt bikes. She never gave up hope of finding the dirt bikes but it wasn’t until she contacted the Tri-County Auto Theft Task Force that her persistence paid off. Captain Stan Davis, Mansfield Police and Burleson Officer Scott Bartlett, both assigned to the task force located the stolen bike and returned it to her just before her birthday! Officer Scott Bartlett was recognized with the Director’s coin for Beyond Service. 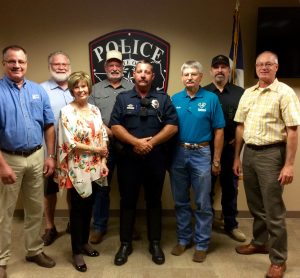 Officer Kevin Cordell was recognized by the Foundation for showing incredible compassion toward a homeless man that was passing through the City of Burleson. When BPD was called about him, Officer Cordell responded and learned he was in transit to South Texas. However, he didn’t have food or water so Officer Cordell pulled money from his pocket to purchase food and water for this man to take with him. Thanks Kevin for going Beyond Service to help others. 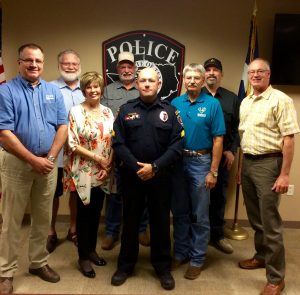 Sergeant Don Adams was tasked with creating a practical training exercise simulating an active shooter situation. The training involved multiple BPD officers, the Burleson Fire Department and MedStar ambulance personnel. The training lasted for over four hours, resulting in an excellent opportunity to improve our service under stressful conditions. Sergeant Adams was recognized with a Foundation coin. 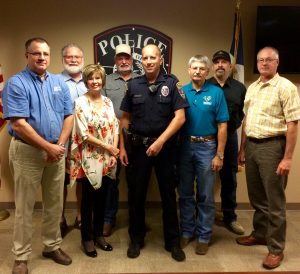 Officer Andrew Prieskorn was recognized for his proactive felony arrest that took 103 grams of methamphetamine, 6 grams of cocaine, and approximately $1000 cash off the street. On top of that, the suspect had an active felony warrant. Officer Prieskorn’s keen observations led to an arrest and the subsequent Foundation recognition.

Officers Murray and Gomez were recognized by the Foundation for their heroic efforts to save a young man that was considering jumping from a bridge. Officer Murray located a car on the side of the road with its hazard lights flashing. He got out to assist the motorist but the car was unoccupied. He then located the young man standing on a bridge that was elevated 30-35 feet in the air. Officer Gomez arrived to assist and their efforts led to a successful resolution.

Thank you BPD for going Beyond Service!